Our education system is skewed too much towards assessment. John Attwater of King's Ely outlines how it could shift to place a far greater emphasis on equipping pupils with the right skills for the future.

The pupils and staff at my school come together regularly for a morning service in the Norman magnificence of Ely Cathedral. From my designated seat, if very occasionally my attention or gaze were to wander, I can look directly upwards to the Octagon roof, an astonishing fourteenth-century marvel of engineering in oak which spans and crowns the Cathedral and is visible for miles around in the flat Cambridgeshire countryside.

It has struck me from time to time that not only is the Octagon unique for its time, but it could never be replicated now: we have neither the skills nor the trees any more to create such a thing again. In a way, Ely Cathedral's Octagon represents a failure of education: failure to pass skills from one generation to the next, and a failure to learn the importance of maintaining a world for that generation to live in which is equally as well resourced as the last.

Of course, you can argue that the skills of the medieval Cathedral builder have been replaced with those much more relevant in preparing our digital native pupils for their 21st Century future. But while I think that may have been true in the last century, producing all the industrialists and technologists and modern world systems which have led to the health and wealth so many enjoy today, I suspect many will admit the gap between this generation, the teachers, and the next generation, the taught, seems to be the biggest it has been – at least since the social revolution of the 1960s, and quite possibly ever. And this is a real issue for everyone.

And fundamentally, everyone knows what the problem is: in the UK at least, our education system is hopelessly out of date, and the examination system in particular is assessing the wrong things in the wrong way and at the wrong stages, and even then is unable to discriminate meaningfully between people's capabilities. Our subject-based approach to education, with its emphasis on discrete and finite bodies of human knowledge, has not changed since the Victorian era and arguably since the Renaissance, even though we now know this is not how the world works.

Our narrowing of the curriculum towards early specialism is a direct product of the Fisher Act of 1918 – when the scientific route first became an option alongside the classical, and provision for post-14 education was first mooted – and the tripartite 11+ system of the Education Act 1944. This narrowing, especially at Sixth Form, has forced an element of choice which pays no heed to the actual future needs of the child or indeed the country: nowhere else in the world can potential university students give up such basic skills as maths and language learning so early.

Meanwhile, our school year remains rooted in the agrarian calendar with its long harvest holidays, and the exam system in the 1950s utilising methods of assessment from the 1840s. But as our only tool of measurement, that exam system has risen in importance as governments have striven to increase bang for their buck, as universities and employers have sought to select and as schools have had to compete against one another. We are now at the point where assessment drives the curriculum in a way which is harmful, increasingly ridiculous to the world and ultimately untenable.

"...assessment drives the curriculum in a way which is harmful, increasingly ridiculous to the world and ultimately untenable."

Yet everyone knows the solutions: an education system where there is fluidity across subjects according to the skills and values being developed, which acknowledges complexity and which replicates the learning that a person will need to do again and again in the different and changing contexts which their lives and careers will bring. This should be combined with a curriculum which is slower and broader for longer so that people can maintain the skill sets they will need and develop areas of weakness to improve them rather than give up on them. Assessment methods should replicate real situations where the application of skills and knowledge will be put into effect in the future and which are adaptive and interactive, group or team-based and formative – much more like an interview process than an exam, and designed to measure soft skills and collaborative problem-solving ability instead of memory and bodies of knowledge. All this should be combined with a sensible and soft division between technical, academic and values-based routes combining varying degrees of each as people move towards specialism and employment. And so on: it seems there is little disagreement about the ideal.

The difficulty is that to get from one to the other seems practically impossible, at least on the grand scale where there is an apparent massive risk and in fact no resources available to accomplish such a change. That gap seems every bit as unbridgeable as the one facing the medieval engineers trying to span Ely Cathedral's roof seven centuries ago.

But bridge it they did and bridge it we must; and I believe there is a real opportunity for independent schools to take the lead here if we have the strength and confidence to do so. To make it happen will involve a great deal of trust: trust by school leaders in our schools' ethos, heritage and founding missions; trust in the professionalism, expertise and vocation of our staff; trust in parents that they will see what their children really need as being different from their own experience, and in turn trust by those parents in our vision and ability to deliver it; trust in our universities, employers and independent inspection system to recognise the value and rigour of the aims we set ourselves; and, perhaps most of all, trust in the children under our care as members of the most entrepreneurial, flexible, serious-minded, globally aware and optimistic generation we have ever seen.

We are already beginning to see glimmers of this change, for example, in increasing breadth and independent investigation via the IB Diploma or the Extended Project Qualification at Sixth Form, and in similar initiatives in earlier years which some schools are starting to promote explicitly. We are also seeing it in the rejection of IGCSE and GCSE at 16+ in favour of home-grown curricula which other schools are exploring and pioneering. And in many schools, there is an increased emphasis on holistic education – personal development, values, creativity and community which will underpin our future for centuries after pen and paper exams have withered away.

Our children already instinctively know the need for all this: social media is full of their quest for precisely these sorts of understanding and development, reachings-out for answers from each other and workings-out of how to meet the world they experience today. So it is for us now to use all our resources and independence as schools to rise to their challenge and prove our relevance to them anew. 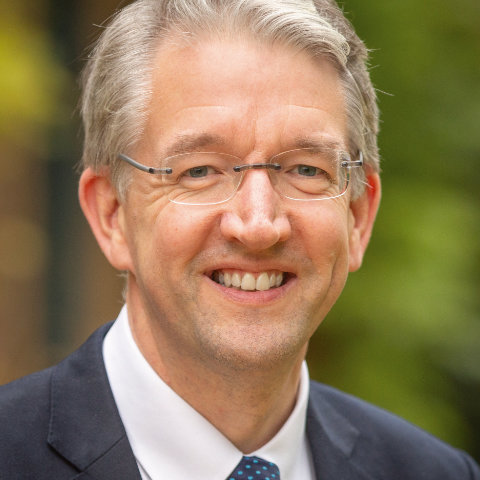 Reassuring values from the past

The new normal is bringing myriad challenges for schools and pupils – especially those at boarding schools. Tim Hands of Winchester College explores what our future educational provision might learn from the past.

The drastic changes needed for socially-distanced pick up and drop off has had unintended positive consequences, explains Susan McLean of Kitebrook Preparatory School. Is it time to rethink the school gate permanently?